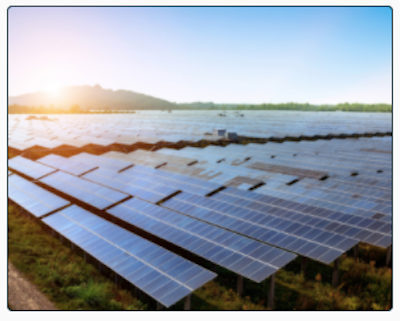 Solar power technologies offer a number of environmental benefits, such as the reduction of greenhouse gas emissions and waste over fuel-based energy sources.

As this fast-growing industry evolves, recycling and sustainable materials management of end-of life equipment, particularly solar panels, are becoming and ever-increasing concern. An expert in the solar power equipment reuse and recycling industry will discuss technologies and processes available to help the Solar Industry advance the Circular Economy. 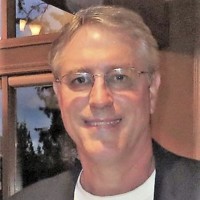 With over 25 years of experience in electronic processing and green technology, Curt has worked as an expert consultant for many nationwide recycling processors as well as utilized his extensive engineering experience to design and install e-waste processing systems throughout the recycling industry.

Curt’s current position with Cascade Eco Minerals has allowed him to advance the options for ethical processing within the solar industry by creating a unique remineralization and enrichment process that allows for a complete recycling of the Solar module back into raw materials for manufacturing. 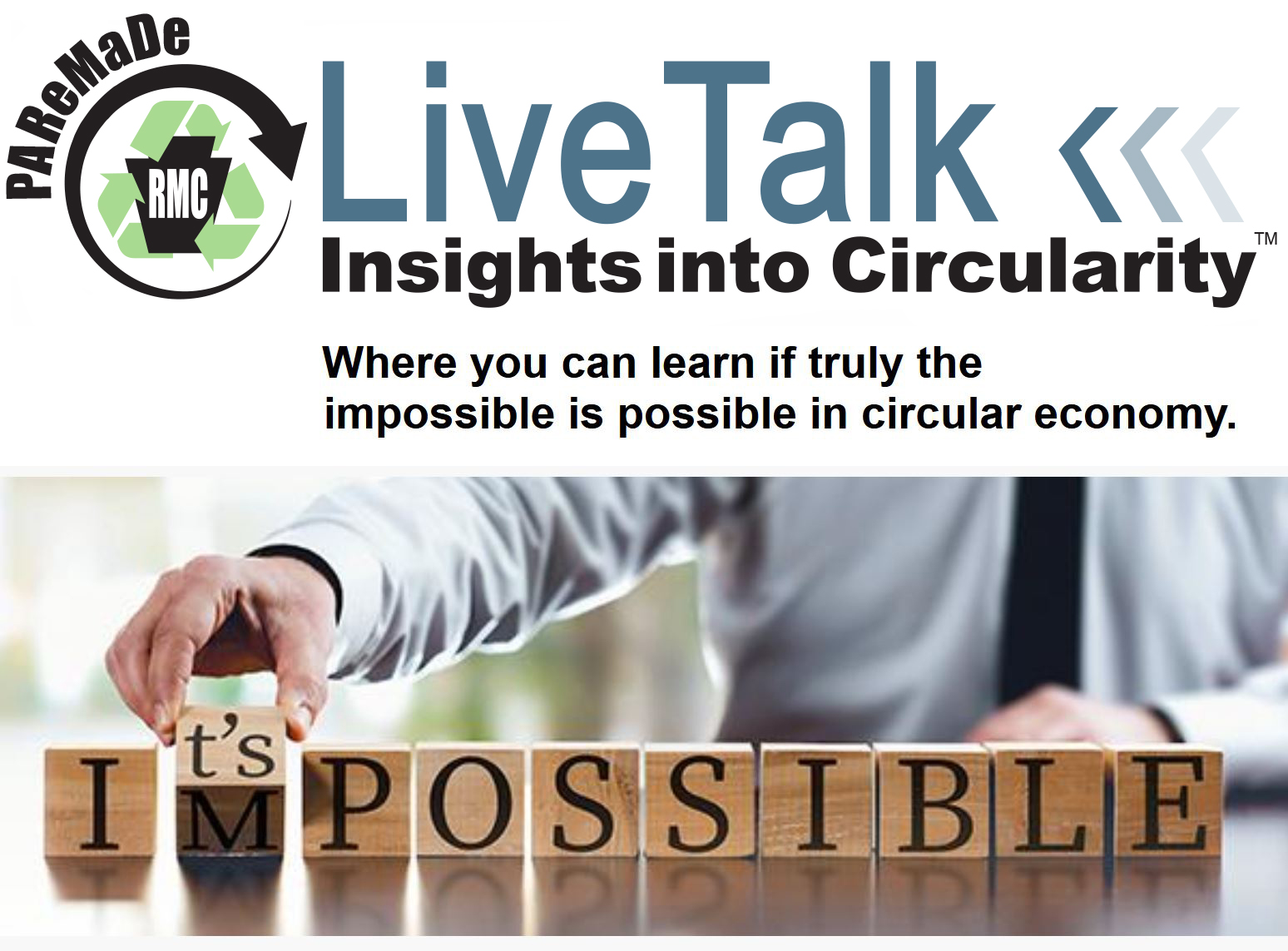 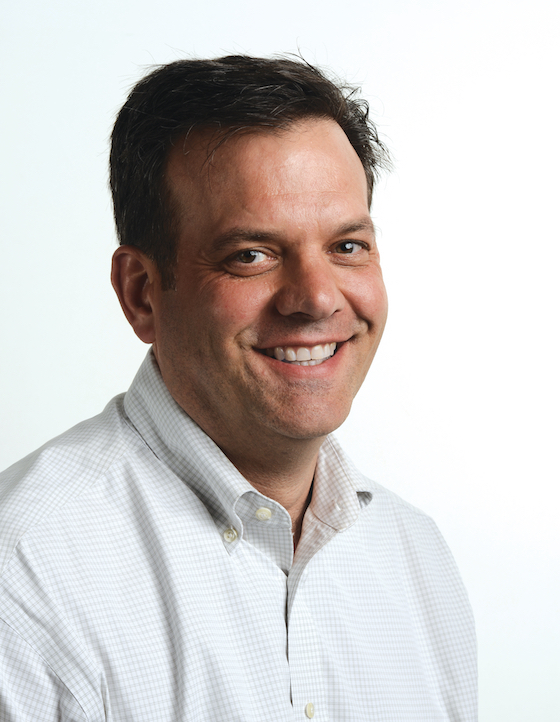 Bob Anderson, Vice President of Business Development and Growth at Retrievr, has worked in the solid waste industry for over 33 years. He is responsible for developing and executing Retrievr’s national growth plan, focusing on municipal and hauler relationships.Bob came most recently from ReCommunity Recycling / FCR.

During his 12-year stewardship of the Mid-Atlantic region, processing more than tripled to over 530,000 tons per year. Bob managed some of the largest municipal contracts in the company, including the City of Philadelphia and Camden County, NJ.

Bob started his career at Browning-Ferris Industries (BFI) selling commercial waste services, where he managed a 90,000 household residential system before spending several years in M&A for BFI and Allied Waste after Allied’s successful acquisition of BFI in 1999.

Bob serves on the Board of Directors for the PA Recycling Markets Center in an executive capacity as Secretary and the Association of NJ Recyclers (ANJR). He was appointed by the Mayor of Philadelphia to serve on the Solid Waste and Recycling Advisory Committee, and he is a past Board Member of Professional Recyclers of Pennsylvania. 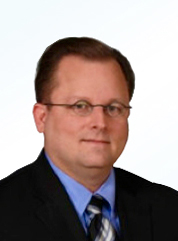 With nearly 30-years in the industry, Bob has experience at Penn State University in water/wastewater training and research; as a County Recycling/Solid Waste Coordinator; Copperhead Chemical Company as a project/environmental, health, and safety engineer; and at Junkins Engineering as a project engineer. Bob has experience with projects completed in over 25 states and 30 industry sectors.

Bob is a US Green Building Council LEED Accredited Professional, is trained as an ISO 14001 auditor, and is certified as a senior level recycling professional through the Professional Recyclers of Pennsylvania (PROP). 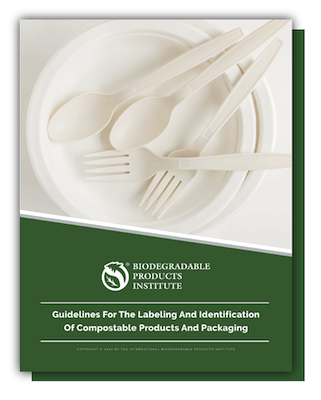 Plastic Energy has developed a solution to address low-value mixed plastics that cannot be mechanically recycled.

The Biodegradable Products Institute (BPI) is North America’s leading certifier of compostable products and packaging, with over 300 Member companies, and 10,000 products listed in our database.

This webinar will discuss BPI’s strategic approach to working with businesses that have an increasing desire to operate within the circular economy. Critical factors when redesigning products that are reusable, recyclable, or compostable include having clear definitions and standards as well as having compostable products related to food waste diversion and composting programs. 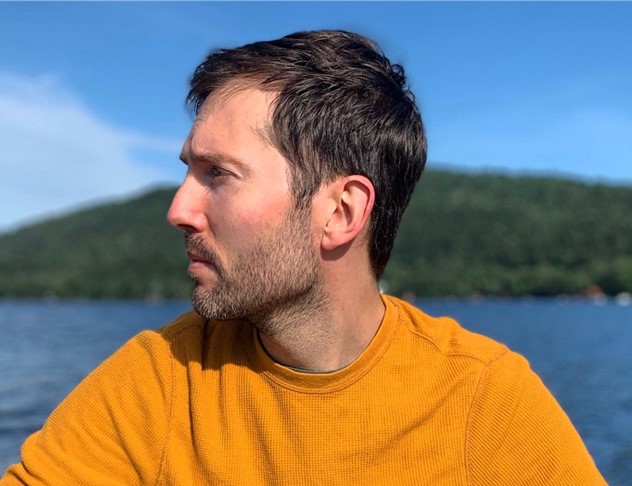 Rhodes Yepsen is Executive Director of the Biodegradable Products Institute (BPI), a non-profit advocating for the scalable diversion of organic waste to composting, by verifying that products and packaging will break down in a professionally managed composting facility, without harming the quality of the compost.

Yepsen has served on the Board of USCC, is an advisor to several sustainable packaging groups, and was an editor and writer at BioCycle magazine. 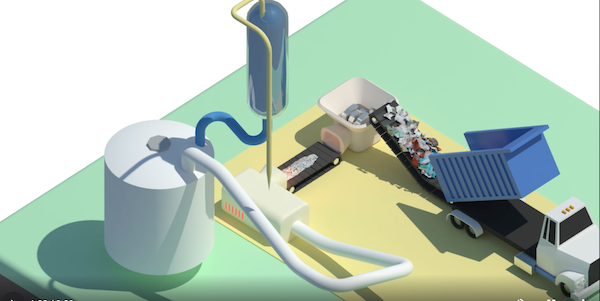 Plastic Energy has developed a solution to address low-value mixed plastics that cannot be mechanically recycled.

The Thermal Anaerobic Conversion (TAC) produces recycled oil (TACOIL) from end-of-life plastics. The TACOIL is then used as a new feedstock for the (petro)chemical industry to generate recycled plastics by replacing virgin oil with TACOIL. This has led to the value-chain validation of the circularity of the Plastic2Plastic process by the ISCC+ to produce the Certified Circular Polymers.

After explaining the technical and industry experience to reach an optimal product and efficient operations, the presentation will stress some real-life Plastic2Plastic applications developed with the value-chain for food grade packaging, advancing the circular economy. 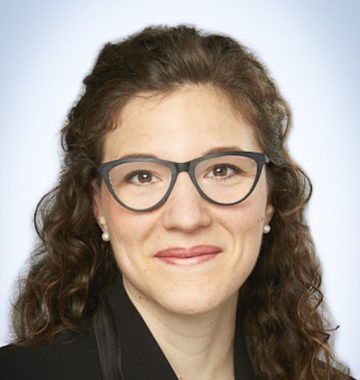 Lauren is responsible for corporate development at Plastic Energy with a focus on North America.

She brings a strong background from the chemical industry and a track record of success in building teams and delivering collaborative solutions. Her core responsibilities include defining the company’s strategy and developing partnerships across the value chain that result in circular projects for plastic waste.

Prior to joining Plastic Energy, Lauren worked at Hach as a global business unit manager and for more than 10 years at the Dow Chemical Company in the US and Europe. Her core responsibilities while working at Dow were in the water treatment business where she held various roles from production engineering, to technical service, to sales and marketing. Later she was responsible for regional business development and the company’s 2025 sustainability goals in the Benelux.

Lauren received her MBA from IMD in Switzerland and her BS in Mechanical Engineering from Penn State University in the USA. 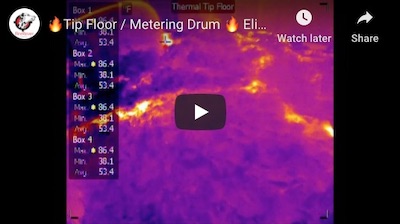 The webinar will also include discussion on trends in fire incidents in our industry due to contaminants in the waste stream (e.g. batteries, electronics).  Results of data collection efforts will be released that focus on reported waste and recycling facility fires in the US and Canada since 2016 as well as the latest technology around early thermal detection and fire elimination in these facilities. 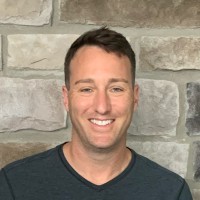 Ryan Fogelman, J.D., MBA, is vice president of strategic partnerships for Fire Rover. Fogelman is focused on bringing innovative safety solutions to market, and two of his solutions have won the distinguished Edison Innovation Award for Industrial Safety and Consumer Products.

Please email any questions directly to Ryan Fogelman prior to the webinar using the email address provided on the Webinar Registration webpage. 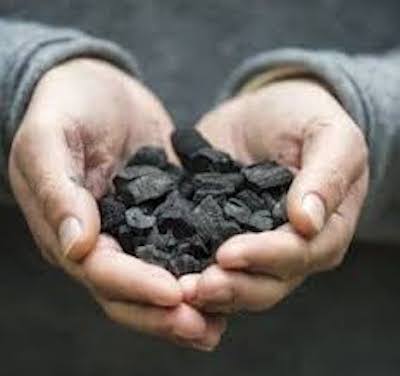 Biochar is a charcoal-like substance made by thermally treating organic material from urban, agricultural and forestry wastes (also called biomass) in a controlled process called pyrolysis.

Three experts in the production and use of biochar will discuss and provide examples of the conversion of urban organic residues to biochar for use in urban landscaping, restoration of urban soils and green infrastructure. 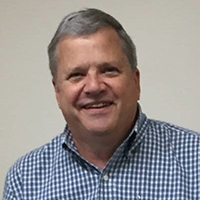 Tom is a biomass energy engineering consultant from Portland, Oregon. With more than 40 years in the design and development of systems for conversion of industrial and urban wood residues, and agricultural residues including crop straws and manures, he finds biochars to be useful for nutrient and residue management. 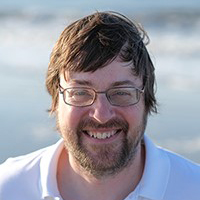 Mark has served as a consultant for the EPA and Institute for Local Self-Reliance, and recently received the Young Professional Award from the Perennial Plant Association. 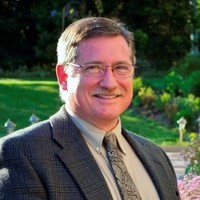 Chuck is the Vice President, Business Development for Ecotone, an ecological restoration design/build firm and owner of Infinite Solutions, a mid-Atlantic biochar sales and implementation company focusing on urban systems. He has 30 Years of Experience in the Environmental and Engineering Consulting and Construction Industry.

Chuck served as past chair for the USBI Biochar 2018 Conference held in Wilmington, DE and a board member of the U.S. Biochar Initiative.

The NRC has long-supported university campus recycling, first hosting caucuses of campus program managers in 1992, then supporting a technical council in 1995. Recently, the NRC appointed a Campus Council to meet the need for stronger linkages between higher ed and the SMM industry. Degree programs, career services, applied research / technology transfer, and relationships with recycling leaders are examples of the opportunities the Campus Council develops between on-campus and off-campus groups.

Jack DeBell will provide an update of recent activities and accomplishments- focusing on opportunities in which the audience can immediately engage. 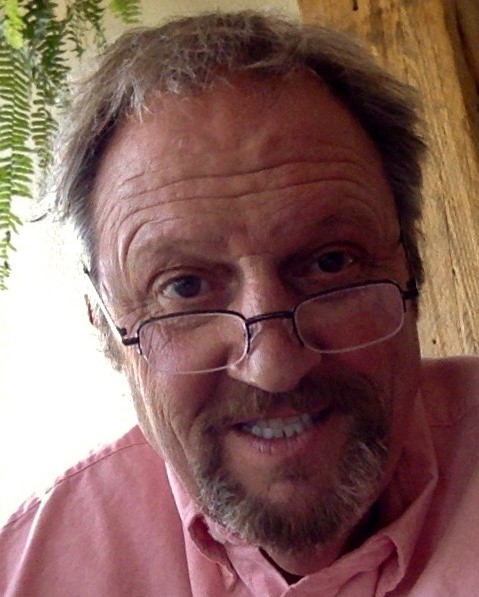 Jack DeBell recently retired from the University of Colorado’s recycling program after more than thirty years.  His accomplishments include helped co-founding the College and University Recycling Council, leading an internship program for students interested in recycling careers, publishing a Decision Makers Guide to Recycling, and advancing C.U.’s zero waste plan.  He was recognized with the University’s highest staff honor, the Robert Sterns Award, in 1997.

He’s as active as ever: connecting higher ed and the sustainable management industry. His current work with the National Recycling Coalition and the Zero Waste International Alliance is rapidly advancing applied research, scholarships, training, and career placement for the challenges ahead. 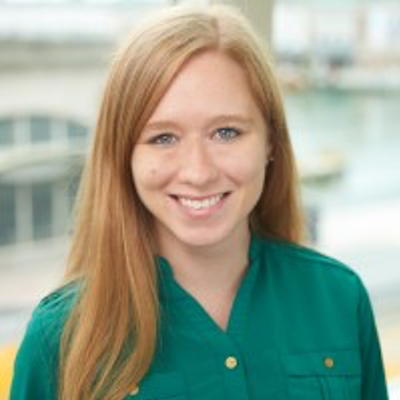 Paper recycling markets industry expert, Megan Workman, will provide an update on recycled paper in the U.S., and will include updates on collection, markets, and recent challenges, including China’s import restrictions. The session will also include a discussion on the impacts of the Coronavirus pandemic.

Megan Workman is the Price Reporter and Editor of Fastmarkets RISI, a position she had held since August 2018.  Her responsibilities include interviewing various CEOs at top industry companies, and visiting numerous mills, and recycling and 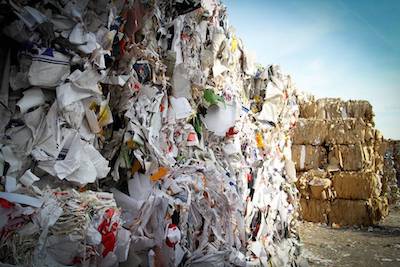 converting plants globally.  Prior to Fastmarkets RISI, Megan was the Associate Editor for the Recycling Today Media Group where she wrote, edited and interviewed for Recycling Today magazine and its sister publications, Construction & Demolition Recycling magazine and Storage & Destruction Business magazine. Megan was also a reporter for a local biweekly newspaper and a business journal.

Meghan is a graduate of Ohio University with Bachelor of Science Degree in Magazine Journalism. 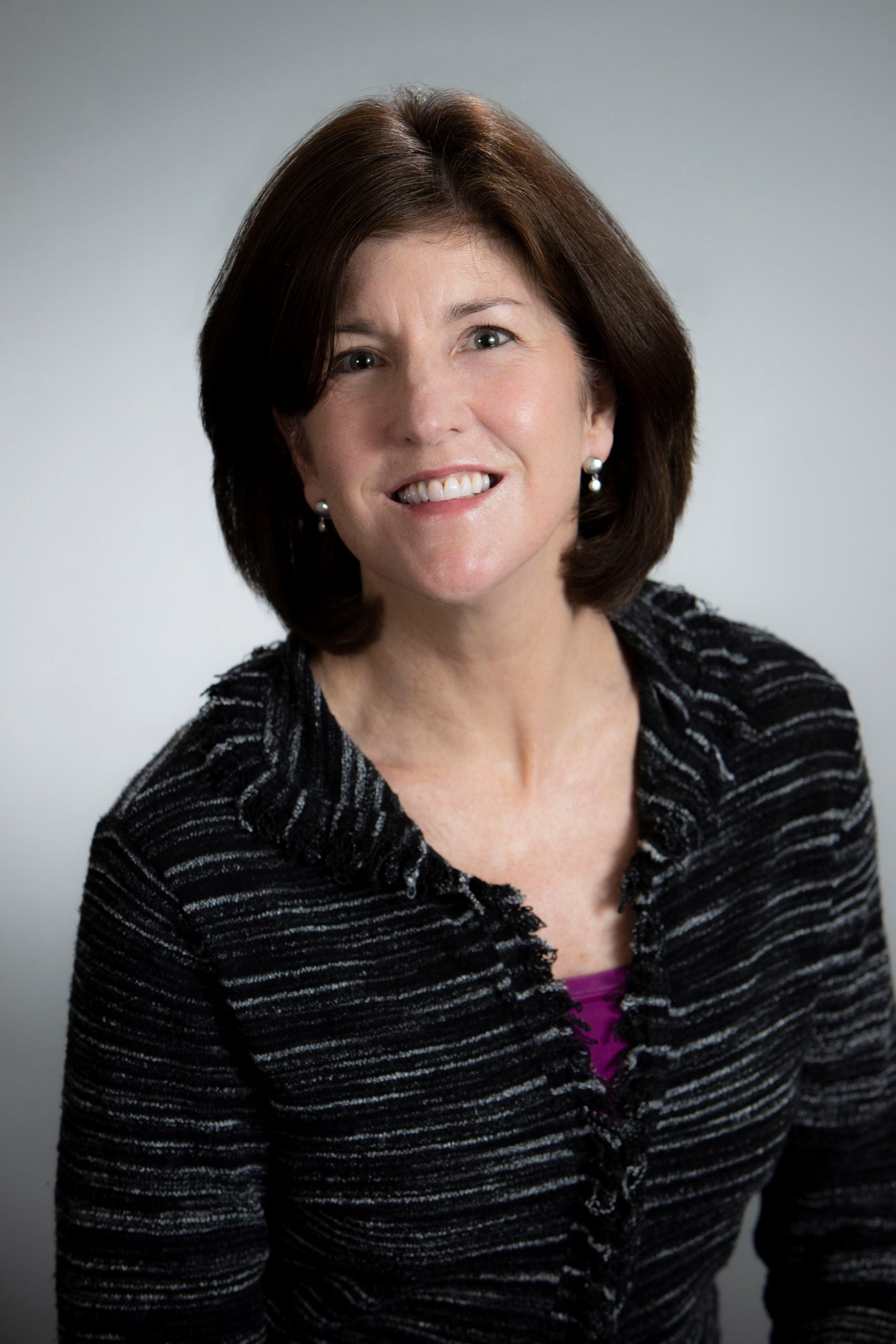 Plastics recycling industry expert, Kate Eagles, will provide an update on recycled plastics in the U.S., to include updates on collection, markets, and recent challenges. The session will also include brief descriptions of APR’s programs that directly pertain to plastics recycling, as well as recent activities and communications on the impacts of the Coronavirus. 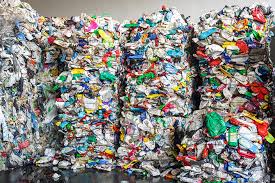 Kate has worked in plastics recycling since 2005, including 10 years at the plastics recycling consultancy, Moore Recycling Associates. During this time, she served in various management and communication roles for the National Association for PET Container Resources (NAPCOR), the trade association for the PET plastic packaging industry in North America. Specific focus areas included the recycled PET supply chain, the domestic PET reclamation industry, recycled plastic material markets, and related analyses and reporting.

Before making the move to plastics recycling, Kate worked in a variety of food and beverage marketing and public relations roles; she brings this communications interest to her work in plastics recycling with articles published in Resource Recycling, Recycling Today, and SPE Thermoforming Quarterly magazines. Kate lives and works in northern California. 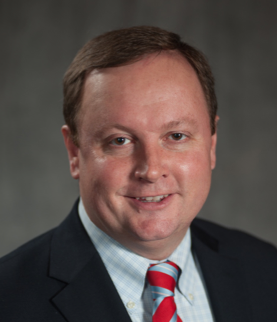 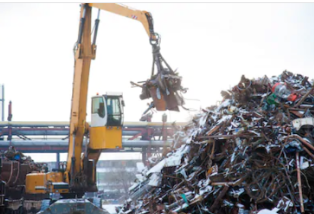